Think youre allergic to penicillin You are probably wrong study suggests

by University of Georgia 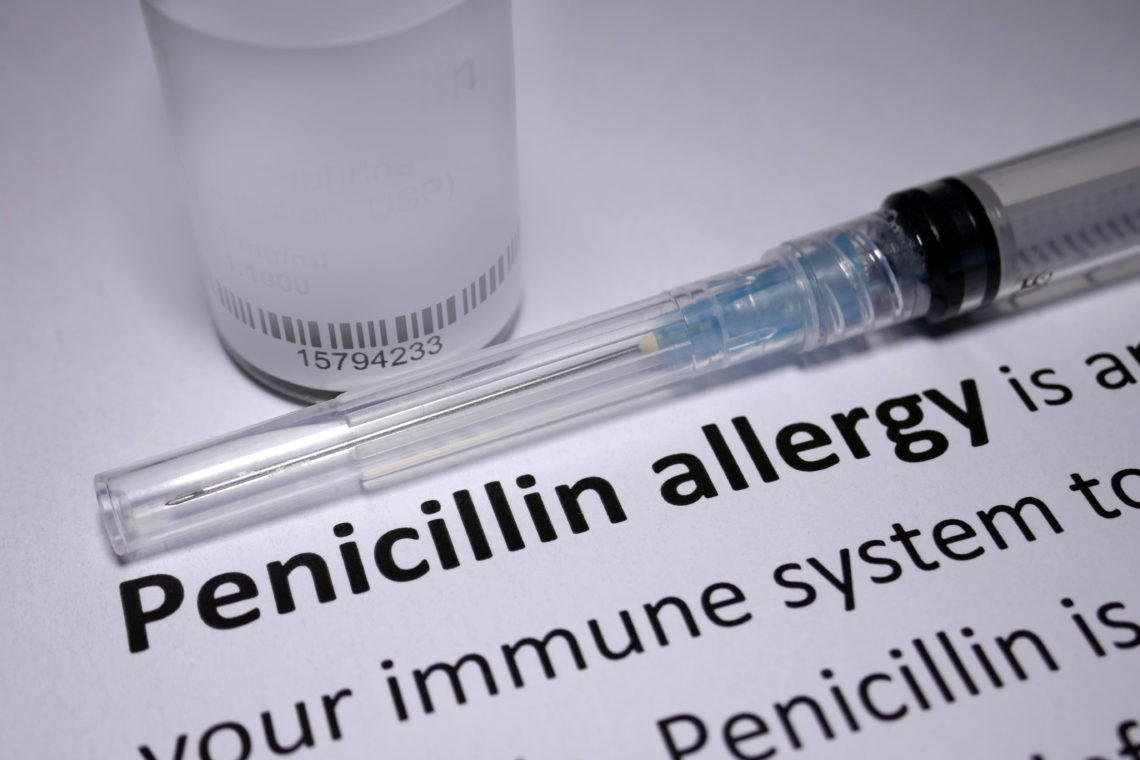 More than 30 million people in the United States wrongly believe they are allergic to penicillin.


More than 30 million people in the United States wrongly believe they are allergic to penicillin -- resulting in millions of dollars in added health care costs, adverse side effects from the use of more powerful antibiotics and a risk in the rise of dangerous antibiotic resistant infections.

This misconception and public health threat could be corrected, said Christopher M. Bland, clinical associate professor at the University of Georgia College of Pharmacy, by asking those who say they are allergic to penicillin to answer a simple one-page questionnaire and, if necessary, take a penicillin allergy skin test, or PAST.

"In many instances we don't have to go past the questionnaire," Bland said. "We're finding out that what most of these patients think is an allergic reaction is really only a side effect that may have happened once and might never happen again. Patients tell us that they became dizzy or nauseated after taking penicillin years ago or that their father was allergic to penicillin, so they thought they were allergic as well."

In research presented recently at IDWeek, the international infectious diseases meeting in Washington, D.C., Bland and colleagues demonstrated how many penicillin allergies were removed from patient records after patients were interviewed by UGA pharmacy students.

"We are able to reduce the number of those who think they have penicillin allergy by 20 percent right away, just by talking to them through our questionnaire," said Bland. "Our pharmacy students were able to debunk the allergy claim by many patients just by getting a detailed history."

While the Infectious Diseases Society of America has recommended that penicillin allergy assessment be promoted as a way to erase this label on medical records for those who are not allergic, most of the studies that have included PAST as a way to accomplish this have been done at academic medical centers by trained allergists.

Bland and Bruce Jones, an infectious diseases clinical pharmacy specialist at St. Joseph's/Candler Health System and adjunct UGA College of Pharmacy assistant professor in Savannah, said this isn't necessary and can be done in hospitals that do not have dedicated trained allergists on staff. They are working with more than 50 hospitals throughout the country, sharing best practices that will allow PAST to be performed and medical records updated.

In a grant-funded study, Bland and Jones found that PAST done on patients who believed that they were allergic to penicillin -- the most effective antibiotic available with the least side effects -- demonstrated no real allergy.

These research findings were published in Open Forum Infectious Diseases. The duo worked with nurses at Candler Hospital and found that skin testing can be done safely in a community hospital setting. When skin testing was performed at the hospital by trained nurses, 98 out of 100 patients in the study who had a penicillin allergy on their medical record were deemed not be allergic to the antibiotic.

This allowed for an immediate change to a penicillin type antibiotic for most patients, which is often safer and cheaper, improves outcomes and reduces adverse effects, the goal of the federal antimicrobial stewardship program requiring hospitals to ensure that antibiotics are used only when necessary.

In addition to the public health benefit, Bland estimated that health care savings would be in the tens of millions of dollars annually if patients could be switched back to penicillin from more costly antibiotic treatments. The study at Candler Hospital found an average cost savings of $350 a patient, which includes the cost of the skin test.

"Our team is on a mission right now," said Bland. "Our goal is that every penicillin allergy is questioned and reconciled, with most coming off medical records and allowing patients to get the best antibiotic for their particular infection, which is often a penicillin."

Learn More from University of Georgia