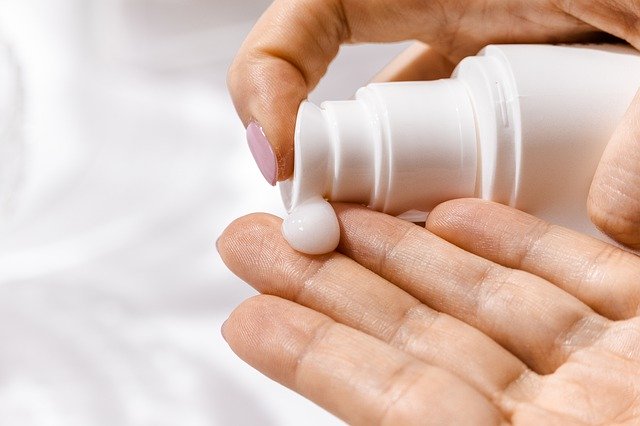 Some compounds found in many personal care products displace natural fat-like molecules in skin cells, which may explain how they cause an allergic skin rash.


Allergic reactions in the skin can be caused by many different chemical compounds found in creams, cosmetics, and other topical consumer products, but how they trigger the reaction has remained somewhat mysterious.

The study was led by researchers at Columbia University Irving Medical Center, the Brigham and Women's Hospital, and Monash University and published online today in Science Immunology.

Why some chemicals trigger dermatitis is a mystery

Poison ivy is a commonly known trigger for allergic contact dermatitis, an itchy skin rash. But many ingredients found in nonprescription topical products can trigger a similar type of rash.

An allergic reaction begins when the immune system's T cells recognize a chemical as foreign. T cells do not directly recognize small chemicals, and research suggests that these compounds need to undergo a chemical reaction with larger proteins in order to make themselves visible to T cells.

"These small chemicals should be invisible to T cells, but they're not."

De Jong and her colleagues suspected that CD1a, a molecule that's abundant on Langerhans cells (immune cells in the skin's outer layer), might be responsible for making these chemicals visible to T cells.

In the current study, conducted with human cells in tissue culture, the researchers found that several common chemicals known to trigger allergic contact dermatitis were able to bind to CD1a molecules on the surface of Langerhans cells and activate T cells.

These chemicals included Balsam of Peru and farnesol, which are found in many personal care products, such as skin creams, toothpaste, and fragrances. Within Balsam of Peru, the researchers identified benzyl benzoate and benzyl cinnamate as the chemicals responsible for the reaction, and overall they identified more than a dozen small chemicals that activated T cells through CD1a.

"Our work shows how these chemicals can activate T cells in tissue culture, but we have to be cautious about claiming that this is definitively how it works in allergic patients," de Jong says. "The study does pave the way for follow up studies to confirm the mechanism in allergic patients and design inhibitors of the response."

CD1a molecules normally bind the skin's own naturally occurring lipids in its tunnel-like interior. These lipids protrude from the tunnel, creating a physical barrier that prevents CD1a from interacting with T cells.

Structural work done at Monash University showed that farnesol, one of the allergens identified in this study, can hide inside the tunnel of CD1a, displacing the natural lipids that normally protrude from the CD1a molecule. "This displacement makes the CD1a surface visible to the T cells, causing an immune reaction," de Jong says.

This discovery raises the possibility that allergic contact dermatitis could be stopped by applying competing lipids to the skin to displace those triggering the immune reaction. "From previous studies, we know the identity of several lipids that can bind to CD1a but won't activate T cells," she says.

Currently, the only way to stop allergic contact dermatitis is to identify and avoid contact with the offending chemical. Topical ointments can help sooth the rashes, which usually clear up in less than a month. In severe cases, physicians may prescribe oral corticosteroids, anti-inflammatory agents that suppress the immune system, increasing the risk of infections and other side effects.

The authors declare that they have no competing interests.