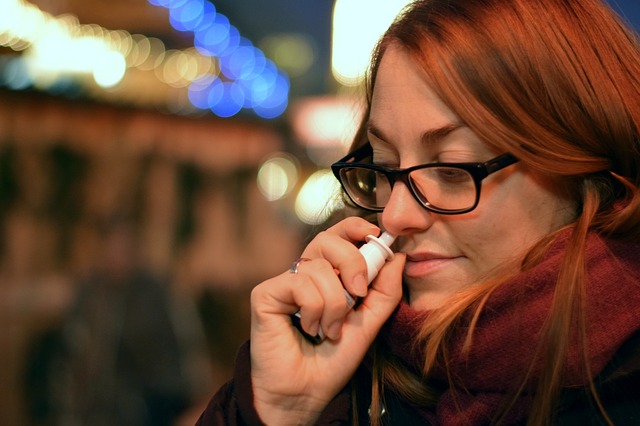 Landmark studies originally slated for presentation during the AAAAI Annual Meeting deliver data indicating a needle-free alternative to epinephrine administration could be possible.


MILWAUKEE, WI – According to data originally scheduled to be presented at the 2020 Annual Meeting of the American Academy of Allergy, Asthma & Immunology (AAAAI) before its cancellation due to the situation with coronavirus disease 2019 (COVID-19), epinephrine nasal spray could be an effective needle-free alternative for treating anaphylaxis.

“There’s a stigma associated with needles, and fears over administrating epinephrine to oneself or someone else can cause delays in medication administration. These delays can lead to emergency situations that can put the patient in real danger,” said Richard F. Lockey, MD, FAAAAI, one of the authors of the three studies presented across two abstracts that are now published in an online supplement to The Journal of Allergy and Clinical Immunology . “Based on these results, nasal spray epinephrine has the potential to be a needle-free alternative to intramuscular epinephrine and could help to alleviate some of those delays in treatment.”

A second study (EPI 03), A Phase 1, Five-Period, Five-Treatment, Randomized Crossover Study of the Pharmacokinetics (PK) and Pharmacodynamics (PD) of Epinephrine After Administration of Intranasal ARS-1 and Intramuscular Epinephrine to Healthy Volunteers , presented a closer look at specific numbers. In this study, 70 healthy adults were randomized in a cross-over design to receive different combinations of epinephrine doses and dosing methods.

A third study (EPI 07), A Phase 1, Five-Period, Five-Treatment, Randomized Crossover Study of the Pharmacokinetics of Epinephrine After Administration of Intransal ARS-1 or EpiPen to Healthy Volunteers , included administration of a single and repeat (twice) dose of 1 mg epinephrine nasal spray compared to single and repeat 0.3mg EpiPen injection in 36 subjects, with blood pressure and heartrate measurements taken every five minutes. Epinephrine nasal spray was again found to have bioequivalent exposure with comparable peak concentrations compared to intramuscular dosing by 0.3 mg EpiPen. The epinephrine nasal spray absorption rate was also faster than EpiPen injections.

These studies also took note of any adverse events that occurred due to the nasal administration of epinephrine. Overall it was well-tolerated with mostly mild adverse events and no significant nasal pain or irritation.

“Epinephrine nasal spray has shown promise in these completed studies,” Dr. Lockey added. “With a lack of serious adverse events, comparable rates of absorption and the consistent reliability when it comes to delivery, the ARS-1 product, which will be called Neffy, represents a step forward in patient care for the treatment of severe systemic allergic reactions to help prevent anaphylaxis.”

Visit aaaai.org to learn more about anaphylaxis . This research was published in an online supplement to The Journal of Allergy and Clinical Immunology.

The American Academy of Allergy, Asthma & Immunology (AAAAI) represents allergists, asthma specialists, clinical immunologists, allied health professionals and others with a special interest in the research and treatment of allergic and immunologic diseases. Established in 1943, the AAAAI has over 7,000 members in the United States, Canada and 72 other countries. The AAAAI’s Find an Allergist/Immunologist service is a trusted resource to help you find a specialist close to home. Additional Information Anaphylaxis Symptoms, Diagnosis, Treatment & Management »